Home » Misak Cholokyan: landscape of space, or geography of substitutions

Misak Cholokyan: landscape of space, or geography of substitutions

The pictorial variety of forms and their figurative interpretation are typical for Misak Chochokyan’s creative method. The construction of the model of the image, seemingly shapeless and chaotic in its structure, actually has a clear and verified scale of basic comprehension of a fine and slender construction. This construction is held together by barely perceptible threads, embodying the forces of nature and at the same time bearing the visualization of abstractions, with which knowledge begins. Spatial imagination helps to look inside the structure, to highlight and separate the constituent parts and maybe even to control them. But it’s just an apparent simplicity. As the artist himself says: “Every stroke, color and shape is conditioned by the idea of the world in and around us, by the desire to organize even the things that are difficult to lend to the thought process”. Opposite is the basis of such an ordering. Symmetry is only a part of the world order that opposes chaos, and traces of the passage of the elements are imprinted in the landscape, in the earth, in human thought. It is quite interesting that the role given to the landscape in the space of the picture is not immediately presented to the viewer and there is an element of a game in it. A labyrinth, perhaps, is the necessary structural basis for Misak’s pictorial exploration.

The forming of understanding of birth and death is an important element in the artist’s study of the concept of “image”. It was considered that man was created in the center of the world – omphalos. Mircea Eliade writes that Adam was buried in the same place where he was created – in the middle of the world, on Golgotha. The concept of the centre of the world undergoes a metamorphosis: what or who? A vivid metaphor of the creation of the world can be represented by the plot of the construction of the Tower of Babel – the aspiration of the masses of people to creation inevitably leads to its destruction. Expressive positive dynamics ultimately lead to the end of the world. The paradoxical nature of creation, which has a destructive root at its core, actually carries the construction of the foundation of culture. Studying this kind of processes is an important component for an artist. Reliability of sensual experience is a reality for the researcher and the main tool of such learning is vision. “Sight, combining through its spirit with spiritual images of flowers, sees. <…> Also our mind learns things as such, when by means of spiritual power it is connected with non bodily images and reasonable bases of things”. Knowledge helps the eyesight, and here the motive of the game unfolds again: in comprehending the created landscapes the artist resorts to the help of mathematics. For many intellectuals, both scientists and artists, the “mathematization of nature” often becomes the key to understanding it. A cognitive idea is inherent in thinking. The abstract representation of an idea in the consciousness passes on the canvas to another quality – the embodiment of an image that carries a personal contemplative row. It proposes to refute doubts about the possible destruction of the whole picture of a world where chaos is harmonious, the Cosmos Memorial appears in retrospect, and human thought is dressed in rational matter. In this perspective, the artist involves the viewer in the overall work, giving him the role of a participant in the dialogue. Such symbolic commonality makes it possible to inhabit the space of the canvas. 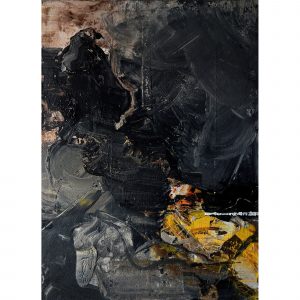 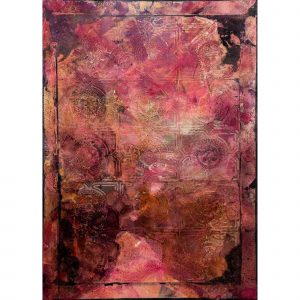 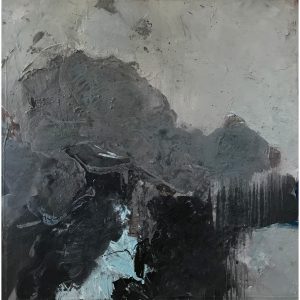 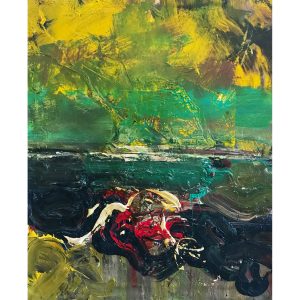 The ability to see mentally distinguishes a man from an animal. The features of things seen in this way prove the ability of various forms to be at mercy of the imaginary space. In the transition from idea to incarnation, probably, a color surge is born. Misak Cholokyan gives blue color a special role in tuning up the consciousness of the viewer. Incarnation of this color can be divided between two elements: sky and water. A universal language working on the subconscious level – color – carries the main load and takes responsibility for the final result – the impression. Often the logic of the deployment of a pictorial narrative is built on the principle of architectonics of large masses, emotionally involving the viewer to understand what is what. Initially, the structure seems unclear, but intriguing, then the structure becomes clear, becomes visible, and the expression of variables comes to the foreground – the components change the main theme, thus animating it. A visible model of the visible image develops before the viewer’s eyes, the structure of the structure, quite concrete, involves him in a state close to obsession. Turning to a detailed image, the cognitive process as if coloring the viewer and incidentally contributes to immersion in the alchemy of color. The address, however, is still invisible. The addressee is himself. But, as the process of melting has just begun, the viewer has the opportunity to read the score of the sound of color, even if he does not know this letter. It’s all like a picture of a myth. In general, the longer you look at Cholokyan’s paintings, the more you become dependent on your own concentration. The ideal exhibition of such an artist is an exposition of only one canvas. The power of compositional visualization is manifested gradually, and the task of direct transmission of what you see is fully accomplished. The space of the painting itself builds the design image of the future construction, developing on a complex plan of a theoretical art model. And then the viewer begins to hear.

Misak Cholokyan tells the story on behalf of a musical instrument or rather many instruments. There is a lot of music in his painting on the whole. Essential metamorphoses occur in captivity of colour, subjecting the general mood to a sense of harmony. The colour palette contains a sound range, the musical instrument is saturated in the best traditions of baroque aesthetics, and the boundary between the feeling and what is happening in reality is gradually blurred. Colour on the canvases becomes notes and sounds, by means of which the artist tells the viewer about his vision of the world. The irrational on the border with the rational creates a feeling of purity and clarity. In one of our conversations, I compared the canvases in his painting series “Carpets” to Perseille’s operas sounding from zipped vinyl, and this muffled sound, the crackling and other mechanical disturbances, reaching my ears precisely through the wet fabric, presented to me as a longing for the past, a special sensual need for analogue sound, gradually descending to the memory until it dissolves completely. The metaphysical relationship of disappearing names – color, melody, sound, text – doomed to long contemplation and hearing, vague vow given to someone invisible. 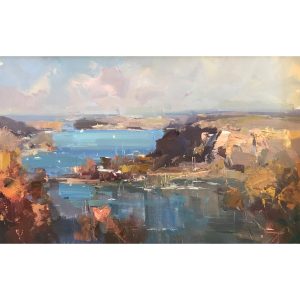 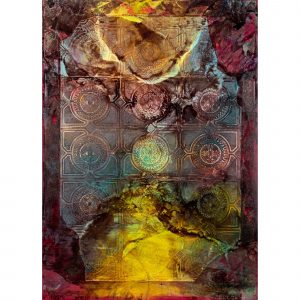 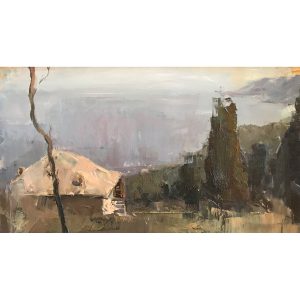 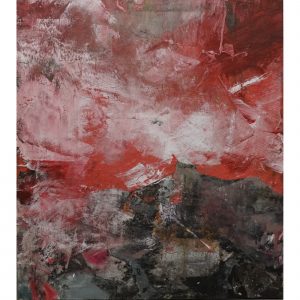 The alternative sound space is jazz. Its signs are quite recognizable and concrete. Sometimes it is cool, more often progressive or mainstream, modal jazz or northeastern stride. Most likely, the color palette of the artist outlines the magic circle of the initiated, and it is possible to get there only after the initiation: the image of sounding – color, the melody – a magic lantern, the embodiment – pauses of light. If we neutralize the musical component of Chochokyan’s painting, the constant rise of the compositional intonation can disturb the harmony of chaos and turn into monochrome, which can be taken for the properties of a limited palette. The author’s “ego” then will be subject to an ironic setting similar to sign language.

Along with the construction of the image, sensual experience and musical harmony, another leitmotif that passes through many of Misak’s works – the theme of sleep. When the musical impact weakens and the sound continues to sway, there is a feeling of immersion in the amniotic cotton wool of the inner landscape, in the uncharted, the area of sleep. The growing feeling of senselessness of external fuss contributes to an intuitive reflection of the color counterpoint, here there is a mixture of thin wooded layers, between which, however, remains a free breathing area. The artist creates a one-time essential distortion: the desire to convey the essence of the metamorphosis of the sleeping consciousness allows to see a mirror transformation without distorting the language. When the path defined by the author has been passed and the viewer enters the open space, the outlines of the landscape appear.

Impressions that allow the development of thought can create additional conditions for perception of the subjective landscape. The surface, alive or dead, is saturated with energy and carries the experience of time. Painting, first of all, is the result of figurative thinking, i.e. finding a way or an opportunity to place something voluminous on the plane with the help of color, which is obtained through the efforts of the artist a concrete form. Ordinary culture, as the development of knowledge of the artistic process, directly depends on the procedure of reflection of the artist – training, which gives you an understanding, helps to look at modern models of visualization of images…